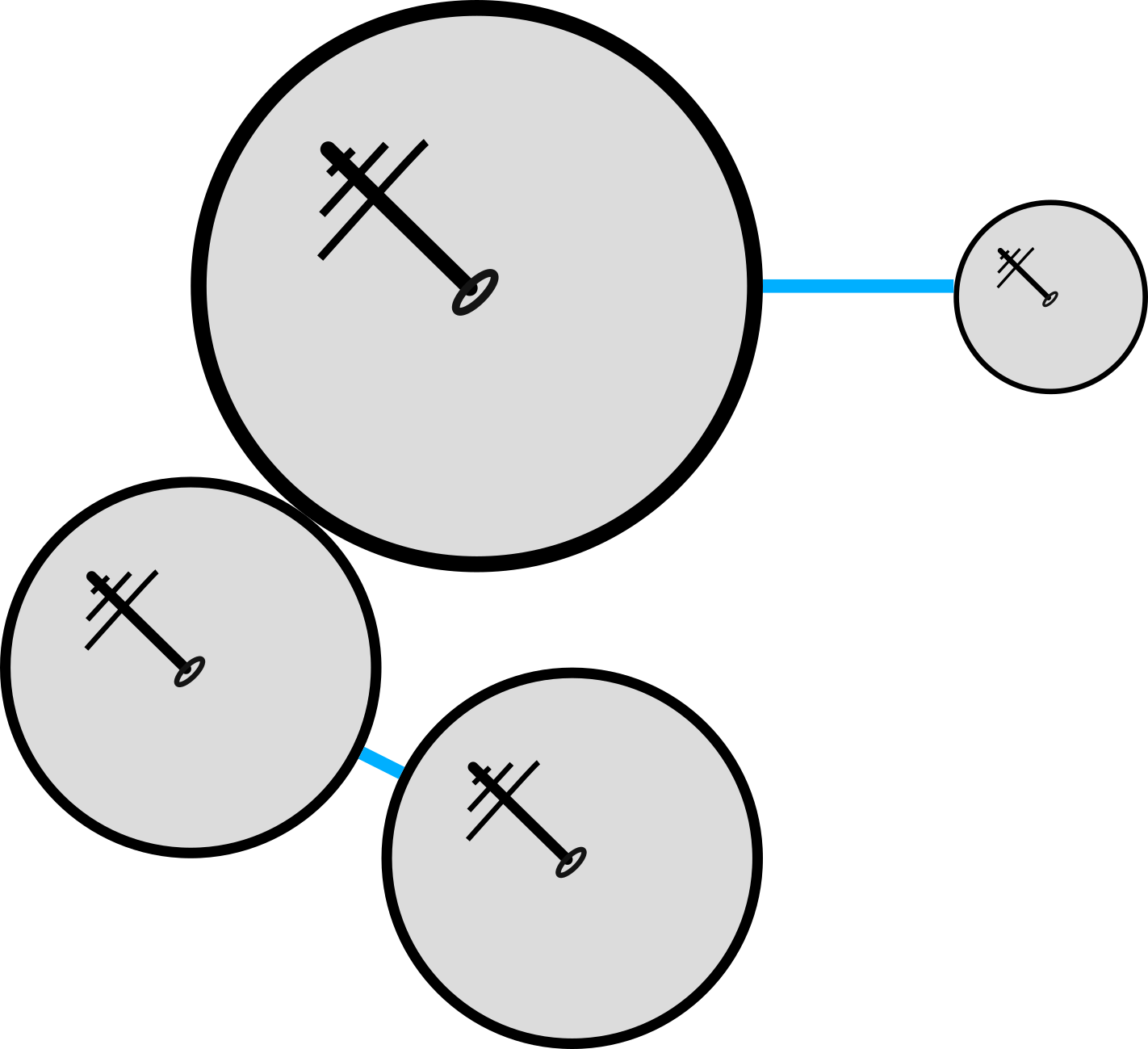 Illustration of the sample input solution (beams in blue).

The Johnson Space Center has hired you to design NASA’s new communications satellite! The satellite, consisting of a set of dish antennas held together with titanium beams, must meet NASA’s exacting specifications, but a lot of the design is up to you.

Specifically, the design can be represented by a set of circles of various radii (representing the dish antennas) and line segments (the beams) in the 2D plane. A valid satellite design must meet all of the following criteria:

Titanium isn’t cheap these days, so you want to compute the cheapest possible compliant design: the one that minimizes the sum of the beam lengths.

The first line of the input contains a single integer $1 \leq N \leq 2\, 000$, the number of dish antennas attached to the satellite.

Compute the satellite design that minimizes the sum of beam lengths, while obeying the above specifications, and print that sum. The answer is considered correct if the absolute or relative error is less than $10^{-6}$.